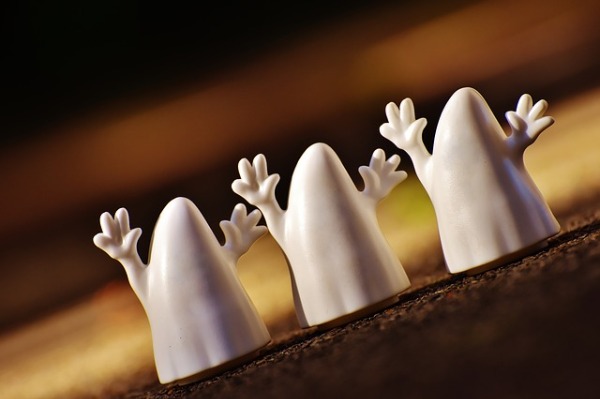 It is still three weeks until Halloween, but this is a ghost story that appears all year. I wrote about professional ghosting last year. It started as a term about the dating world. Then it moved into the office world and finally into the world of higher education.

The labor market is tight and some job seekers are disappearing like ghosts from the hiring process. Indeed.com surveyed employers and found 83% had experienced applicants disappearing without letting the employer know why. Ghosting has dramatically increased in the last two years. The median age of ghosts is 34, so it's not just kids just out of college.

Ghosts disappear from a scheduled job interviewss and stop replying to recruiters or hiring managers. But the scary groups (about 19%) disappear after initially committing to a verbal offer but never signed the paperwork, and 22% accepted the offer and did not show up to work on their first day.

Why? 40% of those surveyed did it because they received a better job offer.  Poor communication with the hiring party was another major reason why candidates disappeared. About a quarter of the ghosts said they just were not comfortable telling the employer they changed their minds.

How does this compare to ghosting students? Like the tight job market, applying to college is easier these days and schools are eager. Eighty percent of today’s college freshmen applied to at least three colleges and one-third applied to seven or more colleges, getting accepted and taking a pass isn't unusual.

Jeff Selingo reported that beyond prospective students ghosting a college, "Would-be students and their Gen X parents are no-shows or altogether skipping campus tours and open houses in the pre-application phase."

Student athletes are also ghosting colleges after acceptance when a better deal shows up.

Some of the reasons are the same. A better offer, which can mean a better school or more financial aid. Poor communication with admissions or better communications from another school is also a reason. And, like those job ghosts, some are not comfortable telling the college that they changed their minds.

For higher ed, the scary group is those that go through the entire admissions process including tuition and then don't show up for the start of the semester.

There are also just fewer possible students available. An admissions counselor writes:
"This is my summer of 2019 takeaway: Higher education has fully entered a new structural reality. You’d be naïve to believe that most colleges will be able to ride out this unexpected wave as we have previous swells. Those who saw modest high-school graduation dips by 2020 as surmountable must now absorb the statistical reality: Things are only going to get worse."

Another version of ghosting is the practice of sneaking into college classes without officially enrolling. In my college days, auditing a class you weren't enrolled in was an accepted practice, usually with permission from an instructor. Steve Jobs is one of those famous ghosts before the term was used who dopped out of Reed College and then started dropping in on interesting lectures. Is it stealing an education or admirable ambition?