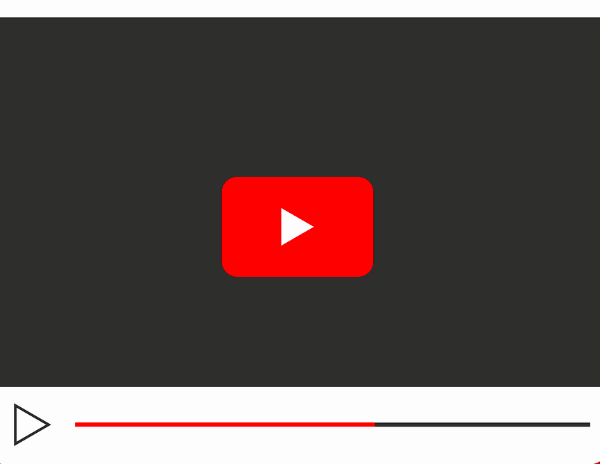 This past summer for the first time ever, streaming services captured more viewers than cable or broadcast TV, according to new data from Nielsen. Streaming has outperformed broadcast before, but never broadcast and cable in the same month. It's a close race though.
In the U.S., streaming captured 34.8% of viewership in July, while cable accounted for 34.4% and broadcast came in third at 21.6%.

When I read an article such as "Reasons Why Video Streaming Is The Future Of Education In 2022," the reasons are really the reasons why we should be offering online learning. Streaming is just a newer delivery method.

The history of distance learning goes from correspondence (snail mail) to broadcast and ITV, to videotapes, CDs and DVDs, the Internet (the earlier and slower version), and now streaming. When video first appeared in classrooms as broadcast, ITV and even on tapes it was sometimes considered controversial. Did it have educational value? Was it a lazy way to teach? Didn't students get enough video at home? But that is no longer true in almost every instance. Video is effective for learning. Online video has been shown to enhance comprehension and retention of information, support multi-modal learning, can help develop digital literacies when it is taught rather than just consumed. It can also be a more cost-effective learning solution, and can be repurposed in multiple ways.

Frequently, video is a supplement to make additional material available to students online. Some movements, like the flipped classroom, used online videos to swap lectures and classroom time. And this is true beyond traditional classrooms and schools as video became a training model for employees and customers.

When you use a streaming service (Netflix, Apple+ et al) you are almost always watching recorded videos. But the newer use of streaming is live streaming. Teachers are live streaming lectures and lessons to fully online students and also to students when you can’t meet in person. The real-time nature of live video allows a virtual classroom to be interactive in ways similar to in-person lessons.

Live streaming almost alw and "interact" sometimes ays ends up being recorded video later. Many presentations I register for that are live are later offered as a recording. That's great but it does make me feel less of an obligation sometimes to watch it live. Yes, I can sometimes ask questions in the live sessions, but I've gotten so used to recording TV programs and watching them later that it has carried over to "educational" applications.

As the new school year begins for all students this week, a series titled "Parental Control" appears from Mozilla (Firefox) about ways to empower parents for some technology challenges. That sounds like a good thing, but particularly when it applies to schools, parental control has cons along with pros.

Many digital platforms offer parental control settings. The most common and most popular allows parents to shield young people from “inappropriate” content. Restricting "mature content" and what is "inappropriate" takes us into a controversial area. Who defines what should be restricted? Mozilla says that "the way platforms identify what that means is far from perfect."

YouTube has apologized after its family-friendly “Restricted Mode” recently blocked videos by gay, bisexual and transgender creators, sparking complaints from users. Restricted Mode is an optional parental-control feature that users can activate to avoid content that’s been flagged by an algorithm.

That example takes me back to the earliest days of the Internet in K-12 schools when filters would block searches for things like "breast cancer" because "breast" was on the list of blocked words.

Limiting screen time is another strategy and is within a parent's control but is certainly controversial within a family. Kids don't like their screen time to be limited.

Mozilla actually had questions for itself about what to call the series. They quote Jenny Radesky, an MD and Associate Professor of Pediatrics-Developmental/Behavioral at the University of Michigan, as saying that “Parental mediation is [a better] term, parental engagement is another – and probably better because it implies meaningful discussion or involvement to help kids navigate media, rather than using controlling or restricting approaches.” She pointed to research that suggests letting children manage their own media consumption may be more effective than parental control settings offered by apps.

The internet has risks, but so do parental controls. Many kids in the LGBTQI+ community can be made vulnerable by tech monitoring tools.

Sensitive information about young people can be exposed to teachers and campus administrators through the school devices they use.

As parents and eductaors, we want to protect students, especially the youngest ones. We als want to, as a society, instill in younger generations why privacy matters.

I learned about Gordon Moore's 1965 prediction about 10 years after he proposed it. He said that by paying attention to an emerging trend, he extrapolated that computing would dramatically increase in power, and decrease in relative cost, at an exponential pace. His idea is known as Moore’s Law. Moore's law sort of flips Murphy's law by saying that everything gets better.

Moore was an Intel co-founder and his idea was "law" in the electronics industry. Moore helped Intel to make the ever faster, smaller, more affordable transistors that are in a lot more than just computers today. The 2021 chip shortage globally reminded us that cars and appliances and toys and lots of other electronics rely on microchips.

Though the cost of computer power for consumers falls, the cost for chip producers rises. The R&D, manufacturing, and testing costs keep increasing with each new generation of chips. And so, Moore's second law (also called Rock's law) was formulated saying that the capital cost of a semiconductor fabrication also increases exponentially over time. This extrapolation says that the cost of a semiconductor chip fabrication plant doubles every four years.

Huang's Law is new to me. Up front, I will say that this newer "law" is not without questions about its validity. It is based on the observation that advancements in graphics processing units (GPU) are growing at a rate much faster than with traditional central processing units (CPU).

This set Huang's Law as being in contrast to Moore's law. Huang's law states that the performance of GPUs will more than double every two years. The observation was made by Jensen Huang, CEO of Nvidia, in 2018. His observation set up a kind of Moore versus Huang.  He based it on Nvidia’s own GPUs which he said were "25 times faster than five years ago." Moore's law would have expected only a ten-fold increase.

Huang saw synergy between the "entire stack" of hardware, software and artificial intelligence and not just chips as making his new law possible.

If you are not in the business of producing hardware and software, how do these "laws" affect you as an educator or consumer? They highlight the rapid change in information processing technologies. The positive growth in chip complexity and reduction in manufacturing costs would mean that technological advances can occur. Those advances are then factors in economic, organizational, and social change.

When I started teaching computers were not in classrooms. They were only in labs. The teachers who used them were usually math teachers. It took several years for other disciplines to use them and that led to teachers wanting a computer in their classroom. Add 20 years to that and the idea of students having their own computer (first in higher ed and about a decade later in K-12) became a reasonable expectation. During the past two years of pandemic-driven virtual learning, the 1:1 ratio of student:computer became much closer to being ubiquitous.