I am preparing a keynote presentation innovation for a faculty at a community college. The campus recently opened a small innovation center with the hope of getting students and faculty to consider new ways of teaching and learning.

In doing some research on this area, I immediately was struck with the split I saw between topics about innovative teaching and innovative learning, as if they were different things. That made me pause. Are they different, the same or inextricably linked?

My talk - "Creating a Culture of Innovation" - will look at how society drives innovation in higher education through the challenges it presents to educators. Increasing demands to lower costs, improving completion rates, competition from alternative credentialing, and the possibility in my home state of New Jersey and other states for free two years of college will all dramatically force shifts in classroom demographics and approaches to teaching and learning.

Innovation requires innovators. In higher education, they can be faculty or administrators who promote pedagogical approaches, such as adaptive and active learning. The innovation of adaptive learning is not so much that adjustments are made to the learning process based on feedback from the learners. Good teachers have been during that forever. The innovation comes from the ways that technologies have been aiding that monitoring of feedback and automating some of the adaptive paths.

Innovation can emerge from philosophical shifts, such as moving to the use of Open Educational Resources.

Innovation can also come from the learning spaces and new technologies made available to teachers and students.

You can find many different approaches to innovation in education, and some of them have come from outside education. One that is out there is agile teaching. Agility is a topic that has been a concern and approach in the business tech world.

I continue to see examples about the changing world of work that concerns innovation and have many educators considering how they might prepare students better for what they will encounter after graduation. This does not mean job training or vocational skills. It more often is concerned with the learning process, methods of evaluating learning and seeing student applying their learning to new situations.

For those things, you might be using blended/hybrid courses whose structure is such that theory is always put into practice. Courses using makerspaces and other active learning environments address some of these concerns more than traditional lecture courses.

But I have been hearing about the departure from lecture-style, sage-on-the-stage courses for two decades, and yet I know many courses still follow that model.

In earlier posts here, I have written about innovation or innovators in education or the ideas about the disruptors that make an innovative university, I have said that companies tend to innovate faster than their customers’ lives change. For example, they create newer and more powerful phones that have features customers have not asked for. Apple believes it knows what you want before you know you want it.

But I don't think that model works in education. Our students are often ahead of us with not only technology, but sometimes with innovative ways of learning. Are they ahead of many of their teachers in using their smartphones as computers and portals to information, and apps as tools? Yes. 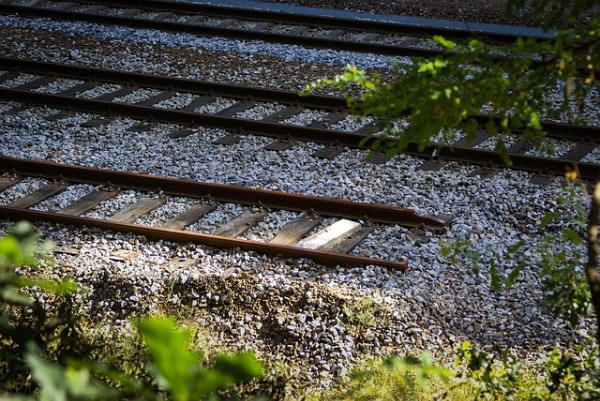 I had bookmarked a post last fall on emergingedtech.com about digital disruption and it got me wondering about just how disruptive some recent "disruptors" have actually been to education. The article lists six: Delivery, Flipped Classroom, Tools Available, Micro-credentialing, Competency-Based Education (CBE) and Learning Science.

You can argue with their six choices, but they are all disruptors. I might have added others, such as Open Education Resources, including MOOC, but I suppose that might fall under "delivery" too.

In 2012, when I was deep into MOOCland, I read The Innovative University: Changing the DNA of Higher Education from the Inside Out

. It is co-written by Clayton Christensen

, who is considered "the father of the theory of disruptive innovation." His previous books include The Innovator's Dilemma

, which examined business innovation, and The Innovator's DNA: Mastering the Five Skills of Disruptive Innovators

After four decades as an educator, I would say that education in general gets disrupted rather slowly, but here are some thoughts on these disruptions. Are we talking about disruption in K-12 or higher education, or in the whole of educations.

By DELIVERY, they are including, and probably focused on, online delivery. The US DOE reported back in 2012 that 1 in 4 students has taken some or all of their courses online, and that figure is predicted to grow steadily. In higher ed, online learning is firmly in place. It disrupted, and now the waters have calmed. In K-12, the disruption is still to come.

The FLIPPED CLASSROOM was big a few years ago in K-12. It never really caught on or was part of the conversation in higher ed. It's not gone and it is still being tweaked and studied. This idea of  on continues to expand. The annual Horizons Report for 2015 predicted this would have widespread adoption immediately, but that didn't happen.

Certainly the number and VARIETY OF TOOLS available to educators has grown and continues to grow every week. Viewed as an umbrella of tools, they are more disruptive than any individual tool. We have seen many predictions that adaptive learning tools, VR and AR, 3D printing and other tools would radically change they way we teach. None of them have "changed everything."

Maybe you're seeing a pattern in my responses. There hasn't been a major disruption. When I wondered four years ago who was really being disrupted in higher ed, I was thinking about what a University 2.0 might mean. I have the larger category on this blog of Education 2.0. We definitely moved into Web 2.0 after only a few decades, but after a few centuries education is beyond 1.0 but not over the line into a major change that I would consider 2.0.

I do believe that things like MICRO-CREDENTIALING, CBE and the growth of LEARNING SCIENCE will change things. Combined, all these disruptors will certainly move us closer to that Education 2.0.

Beyond micro-credentialing, I see an entire reconsideration of credits and degrees as the biggest disruption to traditional education (as opposed to learning). Will movements like the Lumina Foundation's framework for “connecting diverse credentials” unite (or divide) non-traditional sources like MOOC courses and professional development training?

That leads right into Competency Based Education. The Department of Education (which plays a much bigger role in K-12) seems to be very serious about CBE.  This is big disruption of the centuries old clock hours and seat time for credits towards degrees.

LEARNING SCIENCE that is deepening what we know about how we learn, and the relationship between different tools, may have a bigger impact on pedagogy than on how a school looks when you walk into a classroom.

Maybe the Internet or "technology" should be the disruptor we point to that changed education as it touches all of these other disruptors.

A colleague forwarded me a link to an article online with the title "Degrees don’t matter anymore, skills do."  She said she thought it might be good blog fodder for me because "you have written about this before." Have I written about this?

The article is by Miles Kimball, a professor at the University of Michigan, and it is about a transformation of education. I suppose it might fall under my category here on the blog of "School 2.0" which looks at big trends that are often said to be "transformational." Kimball starts with some "destructive beliefs" about education and learning. He considers some of those beliefs to be that:  "some people are born smart and others are born dumb; those who get low test scores think they are just not as smart and avoid tough majors that lead to some of the best jobs; talent is innate."

I would agree that those are destructive beliefs, but I'm not sure how dominant they are in our educational culture today. He references the 1964 experiment by Harvard psychology professor Robert Rosenthal that I learned about in an education course back in the 1970s. When Rosenthal told teachers that certain students were about to have a growth spurt in their IQ, those students did show an increase in IQ to a greater degree than other students. The key to the experiment was that those students identified as having that spurt were chosen completely at random. The conclusion was that when the teacher believed the students could succeed, they made conscious or unconscious choices that changed the way they treated those students.

The article touches on many trends that I have written about here, such as using technology, flipped learning, the innovative university

and teachers as coaches and motivators.

All this leads Kimball to say that one other force will propel the transformation of education: "a shift from credentials to certification." This particular force may be picking up more energy the past few years as we saw MOOCs, competency-based programs and other trends that questioned educational institutions' emphasis on diplomas and degrees. Credentials, measured in credit hours, seat time and exam scores, are probably being questioned more today than ever before - although they have been questioned throughout the history of formal education. 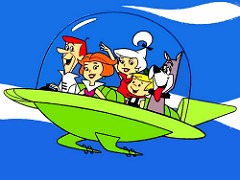 The issue with certificates and other alternatives continues to be how to "credibly attest to someone’s ability." Even in some innovative alternatives to credentials, the measures seem to return to the old measures, like testing, because other methods, like performance, are so difficult to use.

I think I agree with the ideas in the article, and I agree that skills are important. But I also feel that School 2.0 is still as far away as the Jetsons' flying cars. Today, degrees still matter. Perhaps, the next phase will be somewhere between - degrees that better reflect skills and abilities and are less a show of evidence that you have paid enough tuition, sat through enough classes and done enough coursework to indicate that you are ready to be promoted to the world of work or the next degree.