Synergy is one of those words that caught fire with the general public in the late 20th century, especially in tech-related fields. In general, it is taken to mean the interaction of two or more things (organizations, substances, products, fields, etc.) that produces a greater effect when combined than separately. For example, if two colleges work jointly on a project, or the way there was cooperation between some pharmaceutical researchers in developing the COVID-19 vaccines.

But the word synergy is not a recent addition to the language. It appeared in the mid 19th century mostly in the field of physiology concerning the interaction of organs. It comes from the Greek sunergos meaning "working together" which comes from sun- ‘together’ + ergon ‘work’.

It has been used in diverse ways. In Christian theology, it was said that salvation involves synergy between divine grace and human freedom. I received a wedding engagement announcement that talked about the synergy between the two people. (They do both work in tech fields.)

The informational synergies which can be applied also in media involve a compression of transmission, access and use of information’s time, the flows, circuits and means of handling information being based on a complementary, integrated, transparent and coordinated use of knowledge.[32]

Walt Disney is given as an example of pioneering synergistic marketing. Back in the 1930s, the company licensed dozens of firms the right to use the Mickey Mouse character in products and ads. These products helped advertise their films. This kind of marketing is still used in media. For example, Marvel films are not only promoted by the company and the film distributors but also through licensed toys, games and posters.

Shifting to tech, synergy can also be defined as the combination of human strengths and computer strengths. The use of robots and AI are clear synergies. If you read into information theory, you will find discussions of synergy when multiple sources of information taken together provide more information than the sum of the information provided by each source alone.

In education, synergy can be when schools and colleges, departments, disciplines, researchers, 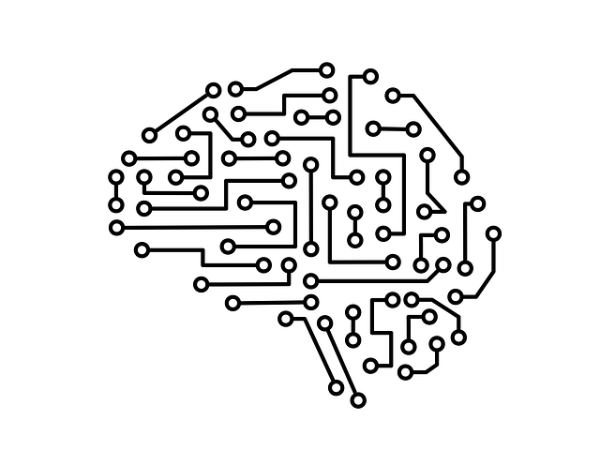 In an earlier post, I wrote about the idea of having a job that is future-proof. The book I focused on by Kevin Roose is called Futureproof and it gets me thinking about a number of issues around work.

We know that some jobs are not future-proof. Producing CDs and DVDs has a brief future. Can all those jobs move to streaming services? No. We have been hearing for a few decades that jobs in the fossil fuel industries will end eventually. Can those job move into alternative fuels? Possibly.

Automation has been the scary thing on the horizon and when it comes to jobs being lost, some will never return. Automation today is more about machine learning and artificial intelligence. Machine learning is emerging as today’s fastest-growing job as the role of automation and AI expands. You should not assume that they are the two names for the same thing.

What is the difference between machine learning (ML) and artificial intelligence? They are the same. And they are different.

This is not a simple question to answer. Here are some possible ways to answer.

Machine Learning is an AI technique.

AI is preprogrammed while ML is pre-trained on data. AI is a bigger concept to create intelligent machines that can simulate human thinking capability and behavior, whereas, machine learning is an application or subset of AI that allows machines to learn from data without being programmed explicitly.

AI heuristics is limited while ML discovers, evolves, and transcends the human ability to pre-program.

AI is a bigger concept to create intelligent machines that can simulate human thinking capability and behavior, whereas, machine learning is an application or subset of AI that allows machines to learn from data without being programmed explicitly.

AI is an umbrella term with applications varying from text analysis to robotics.

AI is about decision-making based on available data. We see it in self-driving cars, virtual personal assistants, calculating business investment risks, or examining medical samples and test results.

AI does human intelligence tasks but faster and with a reduced error rate.

Machine learning makes software applications more accurate in predicting outcomes without having to be specially programmed.

ML is an application of artificial intelligence that automatically learns and improves over time when exposed to new data.

If you were studying in order to get a future-proofed job, you probably should study AI, ML and Data Science. They are inextricably intertwined.

Amber MacArthur's newsletter turned me on to a new book by The New York Times tech columnist Kevin Roose called Futureproof. which considers the question Is your job future-proof?

First thought: Is any job future-proof? I'd guess that we will always need doctors, farmers, teachers, police and a bunch of other professions, but as they change will they remain recognizable as their former professions?

As a teacher, I've been hearing for decades that we'd be replaced someday by computers, robots, and artificial intelligence. It hasn't happened yet, but that doesn't mean it won't happen after I have left the planet.

The age of automation has been with us since the last century. We have all seen how some industries, like automakers, have automated many jobs that were done by humans. Some humans are still there working with robots and such but not very many. I once toured a beer bottling facility and the observation area was decorated with a timeline showing the place over the years. The thing that immediately hit me was that as we moved through the 20th-century photos was that people were vanishing from the photos. A crowd of humans was putting bottles into boxes in the 1920s and on the floor in front of me now was one person on a platform operating controls for it all to be done by automation.

Automation doesn't take breaks, call in sick, slow down at the end of the day, join a union, or mind working 24/7 for no extra pay.

Futureproof's subtitle is "9 Rules for Humans in the Age of Automation" and the first rule is to "Be Surprising, Social, and Scarce." Roose's approach is to do things yourself to protect your job.

It's not about defeating the machines because they are here and not leaving and it doesn’t just change our jobs. It changes our entire life experience with AI and algorithms influencing what you watch on screens, what you listen to, the news you get, and on and on.

It's not about becoming like a machine. In fact, Roose thinks you need to be more human. What are the creative, inspiring, and meaningful things you can do that even the most advanced AI can’t do? At least, not yet.

Better technology for medical imaging was welcomed into hospitals, but you still needed humans to read those x-rays, scans, and such. But now, we are finding that AI might be able to more accurately read those results without bias and using comparisons to an ever-growing data collection of other results.

Chess and Go players once thought no machine could beat a master. Wrong.

There is too much in the book to summarize here but think about some of these provocative personal rules: Resist machine drift; Leave handprints; Demote your devices; Treat AI like a chimp army.

Think about one of those rules: "Leave Handprints." It's the idea that we still value human artisanship and service. People are willing to pay a premium for some handmade items - such as artwork - or to be served in a restaurant.