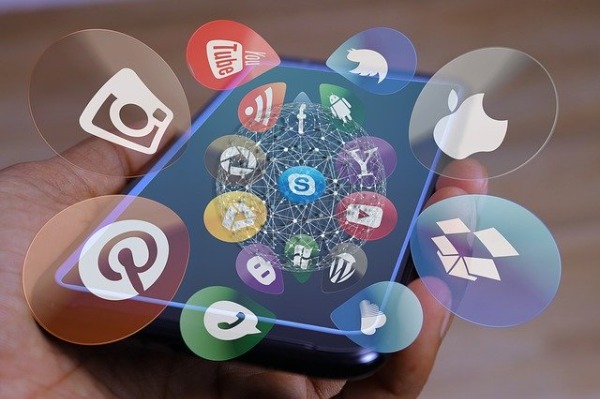 Social listening (or social media monitoring) is paying attention to  your brand's social media channels for:
- customer feedback
- direct mentions of your brand
- discussions regarding specific keywords, topics
- those same things in your competitors and industry

For higher education institutions, not doing social listening is the equivalent of not listening to students (both potential and active), faculty and staff comments about your school. Some people refer to this as "conversational research" because it is kind of like listening in on other people's conversations about you - which in real life is hard to resist.

Of course, monitoring alone isn't of much value if it is not followed by an analysis to gain insights that you can act on. Though a starting place can be a simple "vanity search" on the name of your school, most colleges are using social listening tools that can filter the data into more granular grouping conversations. That could be geographical locations, online channels (Twitter, Facebook, blogs, forums, etc.), positivity, recency, language, and by specific groups based on sex, age and many other demographics.

Social listening is also a more advanced form of market research that can identify opportunities for courses, majors and new content creation or the amplification of existing content.  For example, comparing the top topics from social listening results to the top topics from a content audit can aid marketers in identifying opportunities to create content that will resonate with their audience.

The search function on networks like Instagram allows for hashtags, so my university would monitor #NJIT, but would also follow #highered #engineering #architecture #STEM and other tags.

It is estimated that there are about 80 million online sources for mentions. Higher education conversations occur in places like news articles, review sites, Reddit, all the big social networks and also higher ed focused sites like College Confidential which is self-described as "The World's Largest College Forum."

Social listening data about peer institutions is "competitive intelligence" and considered to be "brand benchmarking." It is important for admissions marketing, but also for reputation management. This becomes critical such as when there is a campus crisis that requires an instantaneous response.

I wrote elsewhere about the beauty of the flocking of starlings that is called murmuration. Their murmurations that look like swirling clouds that pulsate, twist and get wider and thinner are intriguing to watch, but how do the birds do it?

I read online that this can be caused by a threat, such as a raptor nearby, but I have seen them flock while walking in a woods and in my backyard trees without any threats seen. In fact, I learned many years ago that if they were roosting in trees nearby and I clapped loudly they would usually take off. Maybe a loud clap sounds like a gun.

Beyond the beauty and wonder of the murmurations, there is interest among scientists who don't normally pay attention to birds by computer scientists and physicists. They are interested in how group behavior spontaneously arises from many individuals at once. Schools of fish are another group behavior studied.

Researchers call this "scale-free correlation." The studies indicate that, surprisingly, flocks of birds are never led by a single individual. You probably have seen flocks of geese that seem to have a "leader," but flocking is actually governed by the collective actions of all of the flock members. Watching these murmurations, as opposed to the straight-ahead flight of a flock of geese flying in formation seems so fluid that it approaches magic.

Information moving across the flock so quickly and with nearly no degradation is something I might talk about in communication courses as a high signal-to-noise ratio. Other communication terms that enter into murmuration study include scale-free correlation and effective perceptive range. Those terms can be simply explained as the ways that allow a starling on one side of the flock to respond to what others are sensing all the way across the flock.

A study on starling flocks led by George Young at Princeton determined that starlings in large flocks consistently coordinate their movements with their seven nearest neighbors. This immediately made me think of relationships online, especially in social media.

One thing that comes to mind is Dunbar's number which is a suggested cognitive limit to the number of people with whom one can maintain stable social relationships. That number was proposed in the 1990s by British anthropologist Robin Dunbar, who found a correlation between primate brain size and average social group size. By studying primates and sing the average human brain size, he proposed that humans can comfortably maintain 100-200 (often averaged out at 150) stable relationships.

That number seems too high to me in real life but it might make sense with social media where words like stable, relationship and friends have other meanings.

That Princeton study also found that the shape of the flock, rather than the size, has the largest effect on the 7 number. It's like playing that game of Telephone. When one person passes a message along to the next person, who repeats it to another and so on, the message degrades as the size of the group increases. The starlings are playing telephone only with their seven nearest neighbors. They have made the shape of their group different, despite the large size of the flock.

I wonder if the studies of starlings might be extrapolated to explain social media behaviors. I may have 600 friends on Facebook, but I think that I "shape" my group of close friends much smaller, and that group connects me to other smaller groups within that 600. I use lists on Facebook, for example, one comprised of poets. (Lists is a feature that is not really promoted by Facebook these days.)  I really only have direct and active communication with about a dozen of them, but the group has almost a hundred members.

How starlings achieve such a strong correlation still remains mostly a mystery.  I suspect that social media networks are also researching these kinds of correlations. 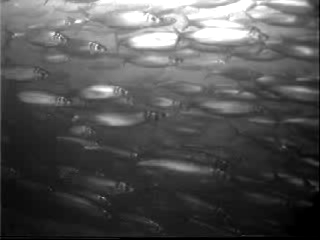 I like to discover new words, new fields of study - new things in general. My new one for today is STIGMERGY. According to Wikipedia (an apt source or the definition, as I will explain) is stigmergy is a "mechanism of indirect coordination, through the environment, between agents or actions.” That is not a very clear definition.

The concept of stigmergy has been used to analyze self-organizing activities. Those activities cover a wide area: social insects, social media, robotics, web communities, and the wider human society.

One principle of stigmergy is that the trace left in the environment by an action stimulates the performance of a next action, by the same or a different agent. This can explain the way an ant colony operates. It can also explain how Wikipedia articles are created and changed.

Social insects, like ants and bees, have long been a model of collaboration. Global knowledge sharing through asynchronous collaboration is a newer example. I believe I may have heard this word a or concept more than a decade ago when "Web 2.0" was a new and much-talked-about idea. Now, I hardly ever hear Web 2.0 mentioned - and that's not because we got past it and into Web 3.0.

The word is not all that new. It was coined in 1959 by French biologist Pierre-Paul Grassé in reference to termite behavior, from the Ancient Greek stigma, "mark”, “sign" + ergon "work”, “action."

You might hear the word used in a conversation about swarm intelligence. Swarm intelligence (SI) is the collective behavior of decentralized, self-organized systems, natural or artificial and it is employed in work on artificial intelligence and applications such as cellular robotic systems. It has been studied in the natural world in ant colonies, bird flocking, hawks hunting, animal herding, bacterial growth, fish schooling and the somewhat scary world of microbial intelligence.

Wikipedia with its millions of contributors is an example of stigmergy. Its editors are a good example of how these traces of articles and edits left in the wiki environment stimulate the performance of a next action, by the same person or a different person(s).

I discovered (or possibly rediscovered) stigmergy from an episode of the playswellwithothers.org podcast with guests Katherine Maher, the executive director of the Wikimedia Foundation and Clint Penick, an ant researcher and assistant research professor in the Biomimicry Center at Arizona State University.

FURTHER READING
https://wiki.p2pfoundation.net/Stigmergy
"Stigmergy as a universal coordination mechanism I: Definition and components"

Quick followup to my previous post about very brief presentations of research.

The average human attention span has fallen to eight seconds — below the average attention span of a goldfish. At least, so said a recent wave of debunked press coverage from outlets including The New York Times and, uh, us. The factoid, which had no clear source, felt true. New research suggests this may be because a different attention span has shrunk recently — not the individual's, but the collective's.

Collective attention span is meant to mean how long a topic stays popular (or hot or trending). It is about public conversations. 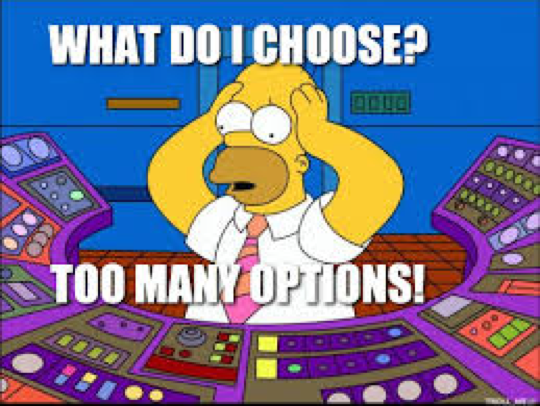 People study the how long of news stories, movies, hashtags etc. to see when it loses its appeal. Looking at the 2013-2016 hashtags trending on Twitter (one of the things that gets blamed for reduced attention spans) they found that the top 50 hashtags fell from 17.5 hours of trending to 11.9 hours. There was similar shrinkage on Reddit, Google Books and in movie ticket sales.

Things don't hold our attention as long. At least online and with media. Is anyone studying attention span for real world things, like reading a book, looking at a painting, watching a sporting event?

The researchers say that this is part of "a more general development termed social acceleration, the impact of these changes on the social sphere has more recently been discussed within sociology. In the literature there have been hints of acceleration in different contexts, but so far, the phenomenon lacks a strong empirical foundation."

They created a model that suggests that our collective attention span shrunk due to growing competition. There is just too much media out there competing for our attention. "Our analysis suggests increasing rates of content production and consumption as the most important driving force for the accelerating dynamics of collective attention."

This isn't all that new. Overchoice or choice overload is a cognitive process in which people have a difficult time making a decision when faced with many options. The term was first introduced by Alvin Toffler in his 1970 book, Future Shock.

The Paradox of Choice – Why More Is Less is a 2004 book by American psychologist Barry Schwartz that argues that eliminating consumer choices can greatly reduce anxiety for shoppers.

"Decision Paralysis" is another term to put into this mix.

I wonder that if we were simply presented with fewer choices, our attention span would increase. Though it is unlikely that we can roll the media content snowball back up the hill, perhaps we can individually limit our choices and improve our personal attention span. I don't have much hope of lengthening our collective attention span.