Here's my point upfront: Not everything online is open.

This is the story of an image and a blog post that are mine and that have found their way online in other places.

I post a lot of things online - mostly articles and images. Almost all of that is marked with a Creative Commons License. That means that with few restrictions you can use and reuse the resources. This blog is labeled in that way. 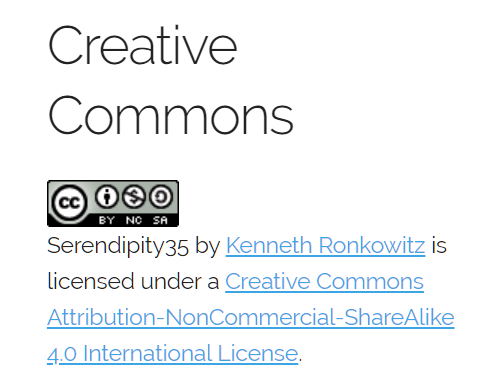 But the Open Everything movement of the past three decades has created a generation and an incorrect assumption that everything online is open.

I found a photo of mine that I had used online in another place. It was the two Buddhas image shown here and I found it on a well-respected Buddhist journal website.

It also shows up in other places. One simple Google image search turned up 10 instances of it being used and it can also be found on other sites. I'm actually pleased to see it used and properly attributed for others to see. 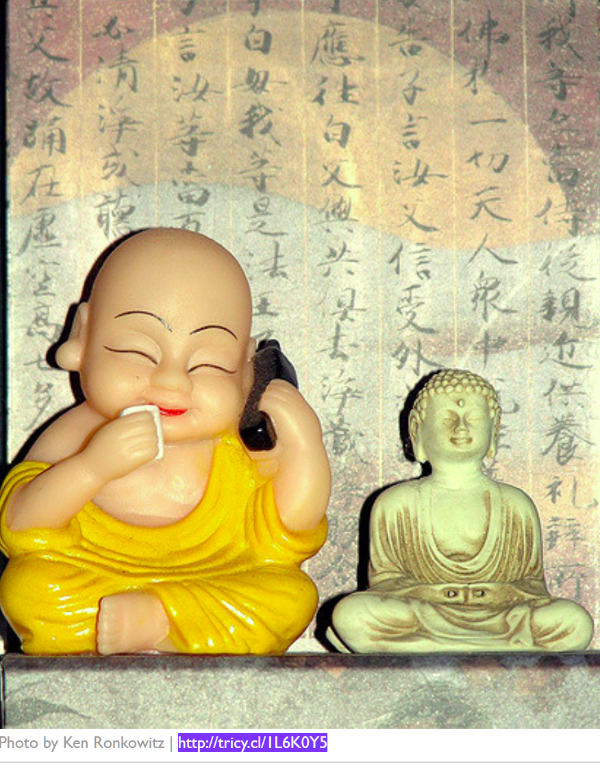 The really important distinction is that in the case of the Tricycle journal using the photo (as you can see above), they have credited me and linked to their source which is my Flickr site. That "attribution" is part of the CC license I used. That is the way open is supposed to work. Other people have reused the image (which I did clearly mark for reuse) too but without attribution. And others after them have then reused it having no idea where the image originated and whether or not it is open for their reuse. (Another Flick example is at the top of this post.)

I have also seen other mages of mine used in places online without attribution. In some cases, they were images I did NOT license as open (such as an image on Instagram or Facebook). I'm not a professional photographer who makes a living from my images, but there are people who are and obviously this is a critical issue for them. Watermarking images, disabling right-click downloading and using smaller, lower-quality files are some ways they might try to prevent copying. But it's so easy to grab a screenshot of anything online that it's impossible to fully prevent it. Plus, you have to spend a lot of time tracking down where your images are being used and pursue misusers.

When I use free and open images from others (Google allows for that kind of search and there are many sites such as pixabay.com), I still doublecheck to see whether I need to attribute a creator or site. On that popular image sharing site, they have a Pixabay License and it also states when you download an image that it is is "Free for commercial use. No attribution required," there is an opportunity for you to give attribution. I always tag the image name with "pixabay" and I usually will still give credit. For one thing, I want others that see it and know that it's not my work and that they too can legitimately use it. The site tells you that "Crediting isn’t required, but linking back is greatly appreciated and allows image authors to gain exposure." You can also "tip" the creator with a donation. Pixabay, Wikimedia, Flickr, YouTube, and others will give you the correct code to use for attribution and perhaps even for embedding. An example is at the bottom of this post.

I have Google Alerts set for lots of words and phrases. For example, I get updates about the appearance of my name, Serendipty35, and serendipity35.net appearing n the web and I check out the sites. It's always nice to see someone linking to the blog or mentioning me in a positive fashion. It is a lot less appealing to find posts plagiarized and in a few cases, the entire posts feed being fed into some other site as its content.

As an educator for 40+ years, I have always included lessons in the proper use and citation of sources for all kinds of intellectual property. It's a lot more difficult since the Internet came into being because the copying is so much faster and easier. Educating users in and out of school and of all ages about the proper use of reusing content is a lesson that should never end.