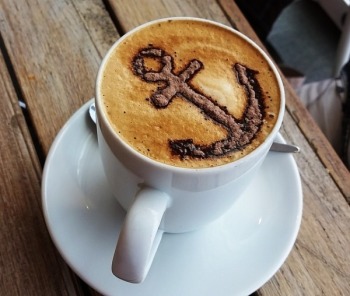 I retired a few years ago and then I unretired about a year later. I took on some part-time work and then I signed a one-year contract for some consulting. That runs out at the end of August and though I have no plans to do any steady work in the future, I plan to still do some consulting and design work. That work is very part-time and very selective on my part.

But what does that have to do with the title of this post? I'm reading about this year's IPOs. Just a few include Lyft, Postmates, Uber and Airbnb. One trend I'm seeing in that is independent contractors.

Lyft relies on its 1.4 million freelance drivers who earn, on average, $17.50 per hour with no benefits or organizing power. That has got to influence the U.S. workforce. This is called the gig economy, shift work, side hustles and other things. Something connected to this that I have also noticed is the idea of having an "anchor job."

The gig economy is supposed to be empowering as a professional choice. It allows you options. You do the work you want to do. You work when you want to work. It gives you lifestyle choices.

Of course, the downsides are no regular salary, probably less income, no benefits or security.

And so, we get the anchor job. That's the other job that provides benefits and stability. But it has to allow for the flexibility to allow for "side hustles."

I wonder how different this is from someone 50 years ago having a full-time job and then taking on other part-time work. My father did that. He wasn't fulfilling some creative dream. he was trying to make extra money. My side hustles have been only partially done for extra money. Luckily, I was also doing them because I found some enjoyment and the chance to use my creative side. That makes me think that there is some privilege involved in this latest version of extra part-time work.

Although making some money is important, the key to the side hustle is that it is at least partially enjoyable and fulfilling. Are your gig jobs ones that for whatever hours you do them you are willing to give up socializing and leisure time.

Why has the side hustle in addition to the anchor job grown rapidly in recent years? Is it the global economic climate or the ability to use social media to easily self-promote viral marketing? Is it because many of us find that anchor job to be unfulfilling?