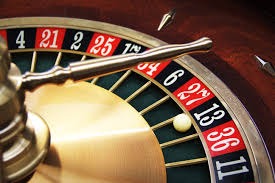 Serendipity35 has reached another birthday or anniversary. Launched on this date in 2006, we has survived 13 years online. That's at least 26 in blog years - maybe more. With the visitor counter clicking over the 104,588,736 mark as I type this post, the world has seen 1,942 posts here.

I looked up the gifts you could send us for anniversary 13 and they are pretty lousy. I guess that unlucky 13 sticks even to anniversaries.

The recommended gifts are lace, furs, the precious stones citrine, malachite; moonstone or opal. I'm not into any of those. But you can get creative.

How about a nice pair of hiking boots with laces? And I do love licorice laces.

I took a look in the archive at the first few posts on Serendipity35. Besides a first post on why we are Serendipity35, the first post is oddly about the Philadelphia Experiment and Orson Welles's radio play of The War of the Worlds. There is a slight and serendipitous reference to NJIT and perhaps some tenuous connections to technology, but no education. The blog had not found its theme at that point. I only started writing here in order to demonstrate what a blog was to a group of business people attending a conference on the NJIT campus.

Another early post starts off as many of my posts do - with a book I have read. In this case it was about three books that I gave my youngest son as he was headed out to start college as a business/finance major. I bought him Freakonomics: A Rogue Economist Explores the Hidden Side of Everything and Blink: The Power of Thinking Without Thinking. But the book I had read that I thought he really needed to read was The World is Flat by Thomas Friedman. That book had gotten a lot of attention then. It is definitely still worth a reading - or listening - and it would be interesting to discuss it now after a decade has passed. How flat is that world?

A third early post from 2006 also was about a hot topic of the time. I wrote about The Millenials Go to College which came from a presentation at the college that my department was putting together titled "How Does the Millennial Generation Differ from Other Generations at the Same Age?"

There were lots of articles about this generation now appearing on campus that don't want to work or play like their parents generation.  They use information, and learn, differently. We weren't even sure what to call them. Millennials was the popular label, but Gen Y, Next Gen and Echo Boomers all got some play in the media. They were born between 1979 and 1994. Both my sons were in this group. They are the largest generation since the Boomers (1946 to 1964). And they were in colleges and universities as we were putting together our program, We put them on panels and we interviewed and surveyed them in front of their professors.

Many of the posts here from 2006 to about 2013 are now museum pieces. I am regularly cleaning up some of the older posts when I stumble on them and find their broken images and links, typos, and the many references to technology that is no with us. But Serendipity35 is still here and I'm still posting about once a week these days on topics that interest me in learning and technology.

Thanks for traveling with me.