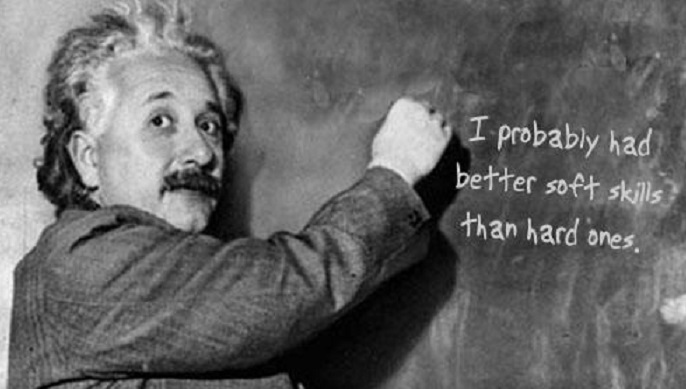 There has been more than $750 million in recent years from tech companies to try to help schools bridge the long-acknowledged STEM skills gap. Much of that money was earmarked for what we would term IT. And though I much prefer STEAM (with an arts and digital humanities inclusion) to STEM, most people in any of those areas would probably agree that the gap hasn't narrowed and may have widened.

Reports say that  33% of American workers are not proficient in the technology required to do their job, and only a tenth of workers believe they have mastered their workplace tech tools.

A new report claims that we are still a long way from being able to adapt technology to the classroom and that the link between having more technology and better learning is not a direct one.

It is not news to say that we  don't know exactly what skills students will need to know to succeed in their future. I have heard a half dozen presentations that discuss the idea that the jobs of the near future for high school and college graduates will require skills that only 20% of workers today might have.

All these reports and studies are focused on "hard skills." These skills, like coding, are more tangible and easier to measure than some of the "soft" skills that sometimes allow someone to get a job despite having a hard skills gap.

It is not that education has forgotten about problem solving and being able to learn new things as needed or being able to produce solutions to problems that were never covered in class or in the textbook. But in many cases, the refocusing on the hard skills gap may have widened the soft skills gap.

We frequently champion and applaud innovators and creativity, but we know that those things are difficult to measure and so sometimes more difficult to "sell." It may be that having those soft skills is exactly what is needed by new workers who are required to acquire new hard skills on the job.