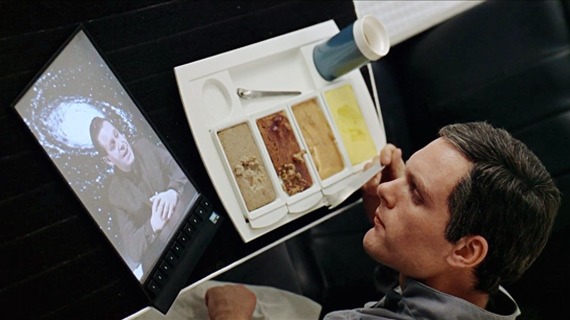 If you watch the film, 2001: A Space Odyssey, by Stanley Kubrick, you will see some technology that seemed to predict technology of today, such as the iPad and other tablets.

I was watching "Design is [Sci-Fi] – How Design in Sci-Fi and the Real World Influence Each Other," which is a talk given at Google by Christopher Noessel, a veteran in the UX world. He is the author of Make It So: Interaction Design Lessons from Science Fiction.

About Face: The Essentials of Interaction Design is the update to Make It So that addresses the shift to smartphones and tablets, mobile apps and touch interfaces. 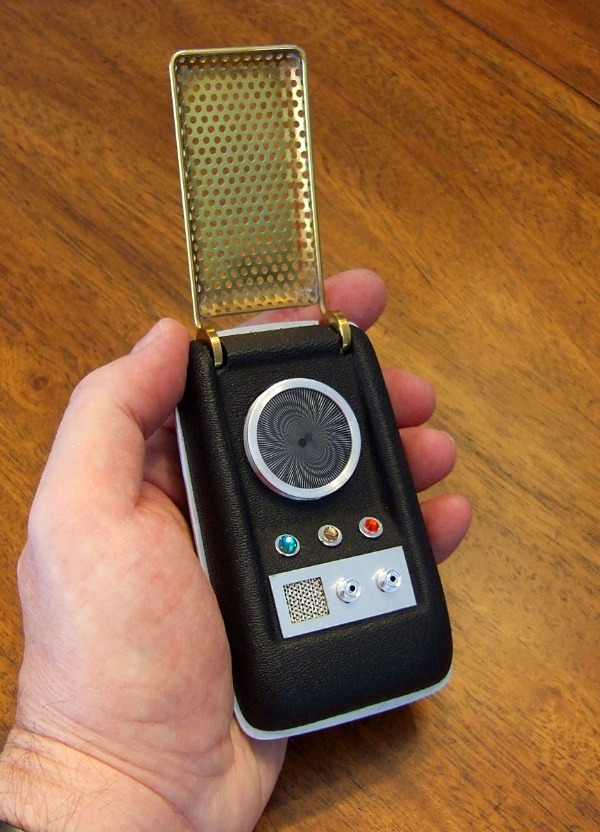 Designers sometimes use interfaces first described in in science fiction or shown in films and television shows. Film production designers working in the sci-fi genre are often free of the conventions of current technology. They can develop what are known as "blue-sky" designs. And then, fictional devices and interfaces might give designers inspiration for their real-world designs.

One example often used is the communicator used on Star Trek which seems to predict the early flip-phone mobile devices. On scifiinterfaces.com, you will find examples of how sci-fi and real-world interface design influence each other.

Films like Blade Runner tried to portray the future and give ideas in their predictions to designers in UX and technology. But does sci-fi have an influence on other fields? For example, what have educators learned from science-fiction? How has science-fiction portrayed education?

Generally, science-fiction writers and filmmakers have not really given schools of the future very much attention. Many schools and students portrayed are at the K-12 levels. Higher education is less likely to appear. Are they predicting an end to post-secondary learning in institutions?

I remember watching the 1960s TV show and young Elroy Jetson having a robot teacher. On Star Trek: Deep Space Nine in the 1990s, there is a school for the space station's youngsters that is not very different from our current earthbound schools.

Certainly, online learning has made deep inroads into education at all levels, but especially in higher education. We don't have robot teachers yet, but AI, machine learning and predictive analytics have certainly started to make their way into education.

When I was teaching young adult novels, some students read Robert A Heinlein's Tunnel in the Sky. This 1955 novel presented things like high school students being teleported for their final exam in a survival class to a distant planet. My students found these schools better than their own classrooms.

I found that my students often wished they could go to these futuristic sci-fi and fantasy schools.

I'll admit that when I read the Harry Potter books, I sometimes wished to be in the Hogwarts School of Witchcraft and Wizardry or be a teacher there, or just have Harry, Hermoine and a few of their mates as students.

One of the few higher education depictions I have read is Brakebills College for Magical Pedagogy found in the The Magicians books by Lev Grossman and the TV adaptations.

Are there any things that most of these future schools have in common? You would be quick to note that students have much more choice. Their curriculum seems to be all directly related to what they want to do. Yes, some of Harry Potter's classmate may not like a course on magical plants, but they realize that it is an important part of the magical world.

Obviously, these future students have amazing technology to use. Paper notebooks and books and pens and pencils generally don't exist. Everything is digital.

But there are also things that seem very much the same. Typically, there are still classrooms, labs, rows of desks and a teacher in the front of the room. I suppose even blue-sky writers and designers haven't come up with any good alternatives to those.

Isaac Asimov made many predictions, including some about 2019, often they were based on current scientific research. Education was something he predicted “will become fun because it will bubble up from within and not be forced in from without.” He wrote a short story that I used to teach called "The Fun They Had." It is about future students that were completely educated at home via teching machines. When the system breaks down one day, they have to read a book and find out that kids once went to a school building and had classes with other kids their age. The children are in awe of the fun those kids must have had.

I wouldn’t use “fun” as my main adjective for education today, but through MOOCs, alternate degrees, customized programs and other DIY educational paths there is more education “bubbling up” than ever before.

Christopher Noessel is a veteran in the UX world: designing products, services, and strategy
for the health, financial, and consumer domains, among many others. In this talk,
he investigates how the depiction of technologies evolve over time, how fictional interfaces
influence those in the real world, and what lessons interface designers can learn
through this process, with many examples of good and awful designs.

"Most human beings have an almost infinite capacity for taking things for granted."
Aldous Huxley