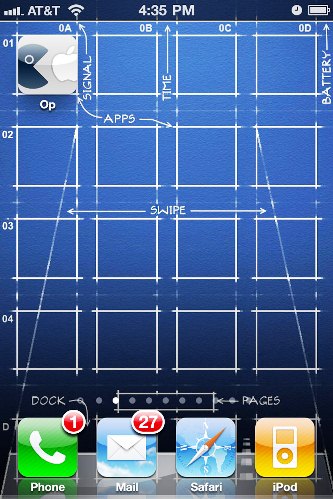 Tomorrow, I am giving a keynote for faculty at Bloomfield College. It's about how software apps and mobile computing in general is impacting teaching. "Educating in an App World" is still to come for most classrooms.

Sure, "There's an app for that" has gone from being an advertising tagline to being a solution for many software needs. Apps – small, easy to download software for mobile devices – are definitely changing how students at all level are using technology.

Watch pre-schoolers playing with their parents phones and tablets. Have you seen a 3 year old go up to a TV screen and try to drag or pinch an image? It's how they expect to interact with technology.

I have found more apps available for the K-12 world than for higher education. But, we limit the use of mobile devices in classrooms, especially in the lower grades. Teachers are more likely to ban phones than make use of them.

But that IS changing. Apps are changing the way colleges design and deploy software and it is moving into classrooms.

The idea of "disruptive innovation" (which was coined by Clayton Christensen

) is that a product or service takes root initially in simple applications at the bottom of a market but then moves “up market" and eventually displaces the established competitors.

The problem is that education isn't business, no matter how much politicians and critics want it to be.

Take innovation. Companies tend to innovate faster than their customers’ lives change. There are newer phones but customers who don't want to upgrade yet. The company ends up producing products or services that are actually too good and too expensive for many of their customers. But in education, those "customers" that we prefer to call students innovate faster than the schools. Students probably have the technology in their hands before we can offer it or have a way to use it in our classrooms.

What is changing in higher ed? Firts, is how students use technology with or without our guidance. That is driving changes in the way colleges design or purchase websites and software. Go back more than a decade and a school had to get a website. Then they had to get a better website. Now, you better have some apps.

The ways colleges deploy software is also changing. Did your school offer software on CDs? Did it move to downloads? Did it move away from even supplying software or requiring a computer? Will it offer apps?

The greatest change comes when educators can implement apps for teaching. Initially, colleges use it for campus-wide initiatives like admissions, but we are seeing it begin to move into classroom use.

Do you agree with this critic? “For this invention will produce forgetfulness in the minds of those who learn to use it, because they will not practice their memory. You have invented an elixir not of memory, but of reminding; and you offer your pupils the appearance of wisdom, not true wisdom, for they will read many things without instruction and will therefore seem to know many things, when they are for the most part ignorant and hard to get along with, since they are not wise, but only appear wise.”   That was Socrates on the written word, see Phaedrus, 340 BC.

Welcome to the app world.

Here's a pointer to a new site from Richard Byrne, author of Free Technology for Teachers. Android 4 Schools will look at resources and reviews of apps (mostly free) for educatots with a focus on K-12 schools.

Though that focus is K-12, I wouldn't dismiss the site if you are in higher education (particularly if you prepare K-12 teachers!) as it promises to include some pedagogy too, and includes apps for teachers, students, and administrators. 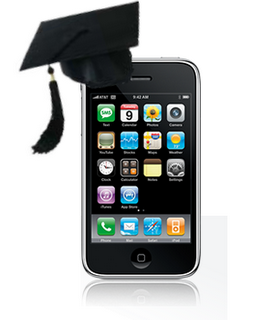 There is no question that the app - those small, easy to download software applications for mobile devices - is changing how we use technology.  "There's an app for that," was one of the most heard phrases in tech circles the past few years. (Apple even applied for a trademark on the phrase which was featured in their iPhone ads.)

The way we design and deploy software is changing and so is how we decide on things like purchases.

The Apple App Store passed its 10 billionth download early this year and offers almost 400,000 apps and the Google Android Marketplace has over 200,000 apps with more than 3 billion downloads. More than half of all Web traffic currently comes from apps.

I am doing a conference presentation this fall (at the NJEDge.Net Annual Conference) on how apps are beginning to change schools and teaching. I have been asking colleagues face to face and online and the answers vary quite a bit. I would love to have you give some feedback on your own observations about this topic (see bottom of post).

The Questions:
1. How are apps (mobile and web apps) being developed & used?
2. How are schools using them now?
3. Where are the opportunities for schools to enter the app world?
4. How are educators reacting to this app world? Are they using them to teach?

In brief, apps are being developed both on campus by both students and web developers, but they are also being built for schools by outside vendors.

Many schools seem to have as their entry point (and in many cases as their only official use) apps for campus-wide initiatives like admissions and registration.

There is far less evidence of course or discipline-specific app use by instructors. Some publishers and vendors apps (such as Blackboard's Mobile Learn and MindTap from Cengage) may be available to students independent of the school's efforts.

Although Sprint agreed to pay Blackboard some millions of dollars last year to offer a free mobile version of Blackboard's CMS software so that it would run over Sprint’s network, things didn't work out as planned.

Blackboard officials say: the contract precludes their application only from using the cellular signals of other competitors, but using campus Wi-Fi networks is allowed.

Sprint expected students to use the free Mobile Learn software and if they could only do that via Sprint customers, they would be likely to sign up with Sprint.