Quick followup to my previous post about very brief presentations of research.

The average human attention span has fallen to eight seconds — below the average attention span of a goldfish. At least, so said a recent wave of debunked press coverage from outlets including The New York Times and, uh, us. The factoid, which had no clear source, felt true. New research suggests this may be because a different attention span has shrunk recently — not the individual's, but the collective's.

Collective attention span is meant to mean how long a topic stays popular (or hot or trending). It is about public conversations.

People study the how long of news stories, movies, hashtags etc. to see when it loses its appeal. Looking at the 2013-2016 hashtags trending on Twitter (one of the things that gets blamed for reduced attention spans) they found that the top 50 hashtags fell from 17.5 hours of trending to 11.9 hours. There was similar shrinkage on Reddit, Google Books and in movie ticket sales.

Things don't hold our attention as long. At least online and with media. Is anyone studying attention span for real world things, like reading a book, looking at a painting, watching a sporting event?

The researchers say that this is part of "a more general development termed social acceleration, the impact of these changes on the social sphere has more recently been discussed within sociology. In the literature there have been hints of acceleration in different contexts, but so far, the phenomenon lacks a strong empirical foundation."

They created a model that suggests that our collective attention span shrunk due to growing competition. There is just too much media out there competing for our attention. "Our analysis suggests increasing rates of content production and consumption as the most important driving force for the accelerating dynamics of collective attention."

This isn't all that new. Overchoice or choice overload is a cognitive process in which people have a difficult time making a decision when faced with many options. The term was first introduced by Alvin Toffler in his 1970 book, Future Shock.

The Paradox of Choice – Why More Is Less is a 2004 book by American psychologist Barry Schwartz that argues that eliminating consumer choices can greatly reduce anxiety for shoppers.

"Decision Paralysis" is another term to put into this mix.

I wonder that if we were simply presented with fewer choices, our attention span would increase. Though it is unlikely that we can roll the media content snowball back up the hill, perhaps we can individually limit our choices and improve our personal attention span. I don't have much hope of lengthening our collective attention span.

Eight years ago, I was posting here about Google+ (or Google Plus) which was an attempt by the search giant to compete with other social media sites (especially Facebook) for the social audience.

Now, they are deprecating Google+ (the tech term for turning off, closing, giving up on a service). Google has not succeeded at social.

My theory back in 20111 was that it might be because they weren't able to explain in a simple, clear way what their social services offered or how they were different from others like Facebook.

Do you even remember their earlier services Wave and Buzz and Orkut?

It is 2019 and the Google+ API deprecation which happens this month also affects Blogger’s Google+ integration for blogs like this one. The impact is not major but it does have effects when you kill off an integrated service. 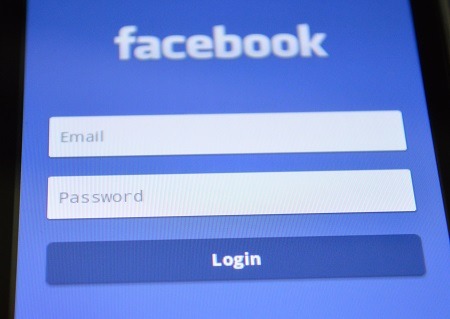 This year it was revealed that a lot more apps are automatically sending data to Facebook. In some cases this happens  even if the user is logged out of Facebook. For Android devices this includes an odd mix that includes Spotify, Kayak, Yelp, Shazam, Instant Heart Rate, Duolingo, TripAdvisor and The Weather Channel.

More recently, a Wall Street Journal study found that apps in Apple's iOS App Store are doing the same thing. In some cases, you have to wonder why the apps are sending personal data on things like like age, body weight, blood pressure, and menstrual cycles.

Instant Heart Rate: HR Monitor is an app that was sending a user's heart rate to Facebook immediately after it was recorded, and Flo Period & Ovulation Tracker passed on when a user was having her period or when she informed that app about an intention to get pregnant.

Not to exonerate Facebook, but the apps were not "required" to pass that data to Facebook. Part of the blame certainly goes to the app developers for some laziness. Many developers use Facebook's pre-built software development kit (SDK). These pre-built SDKs allow developers to quickly build apps and the SDK will typically transmit most of the data automatically to Facebook.

Actually, Facebook claims that it tells app developers not to send "health, financial information or other categories of sensitive information." Since the WSJ report, they are telling developers of the flagged apps to stop sending that type of information.

Why would Facebook want that kind of information anyway? It always comes down to targeting advertising.

Denise Howell's latest free newsletter reminds us that Facebook's mark Zuckerberg had promised last year that there would be a "Clear History" feature that would allow users to check what information applications and websites have shared with Facebook and delete it. So far, it has not been released.

Denise (a well known lawyer due to her podcasting and social media presence) says:

It hasn’t happened yet, but the FTC is expected to impose a record-breaking fine against Facebook resulting from the company’s failure to comply with a 2011 consent order aimed at privacy violations that took place over eight years ago. In the ensuing eight years, Facebook’s privacy record hasn’t exactly been pristine. Accordingly, EPIC, Common Sense Media, and others think Facebook should be fined in excess of $2 billion. Jason Kint told Vice Media, “[a] fine almost certainly would not be enough to change Facebook’s behavior — we’re past that,” and I’m inclined to agree with him. For example: even after all the outrage against and scrutiny of Facebook over the past year, if you as a Facebook user want to make all your past posts private, viewable only to you, and if you want to do this all at once (as opposed to one post at a time; which is possible but who does that), you simply can’t. This is true even though Facebook actually provides a batch feature to limit the visibility of past posts; it just limits the ability to limit, which ends at “Friends.” (Let s/he here who hasn’t over-friended on Facebook cast the first stone.) If Facebook remains tone-deaf to this unfathomable extent, then perhaps it does need more than a record-breaking fine to encourage it to course-correct. Oh, and that “Clear History” tool Zuck announced at F8 last year? The one that was supposed to let people delete Facebook’s record of what they’ve clicked, Web sites they’ve visited, and other information Facebook gets from sites and apps using FB’s ads and analytics, and was ALSO supposed to let people turn off FB’s collection of their browsing history? Yeah, that was last May, and “Clear History” is nowheresville. So, what’s a lawmaker to do?

Working in public relations for Facebook must be a tough job these days. Clear your history, indeed.

In looking back at my own posts about Facebook, I found one from March 2006 in which I said "So You Think Facebook Is a Waste." Thirteen years ago the idea of social media was treated by many as a fad. Facebook was a two-year old site but was alreday the seventh-most heavily trafficked site on the Internet with 5.5 billion page views. It was threatening enough as a business that Rupert Murdoch's News Corporation bought Facebook''s only competitor ta the time - MySpace. There an entire chunk of the younger population who never even heard of MySpace, which in 2005 sold for $580-million. Not a good investment, but who knew because the site still had more than 37 million unique visitors in February 2006 with 23.5 billion page views. It was the second-most trafficked site after Yahoo beating Google.

How things have changed.

Often when we think of a social media strategy, we think of marketing. Create a plan, make a content calendar, and build campaigns.  But organizations also need a strategy to respond to a crisis using social media (SM) and ones that emerge in SM.

Many organizations and boards use an Enterprise Risk Management (ERM) approach for dealing with a crisis. But that ERM was probably overseen by an audit committee or some group other than a social media team. In fact, the SM team might not even be in-house. The traditional ERM might have originally considered things like disaster recovery (fire, flood, hurricanes) and had its purview expanded to oversee things like cyber readiness. A well prepared organization's risk mitigation should also have pre-reviewed SM responses ready.

Betsy Atkins, writing in Forbes, suggests that you prepare for your ten most likely risks. Having prepared such strategies and taught students to do so, I know that though there may be some industry typical risks that are obvious, you really need a list customized to your organization. For example, Atkins suggests that for a restaurant, those risks might include a wide range from food poisoning, to a #metoo issue, or a breach of customer info, to an armed attack/active shooter.

She notes that the difference between Starbucks’ speedy response on an alleged racial bias issue contrasts poorly with the poor responses by United Airlines concerning passenger abuse removal scandal followed by a puppy suffocation death. In a time when customers are more likely to tweet their anger with your organization or post a bad review, you need to respond very quickly and as proactively as possible.

I was a MoviePass customer and I saw many complaints on social media about service and all received the same boilerplate "contact us privately" kind of response. I knew they were in trouble. Beyond the person who posted their complaint, there were many more readers of it who had the same issue or would have in the future and they saw that the company was avoiding any public response.

Is there any crossover between the marketing side of SM and the risk management side? There should be.

Since I work frequently in higher education, I was interested in an article about how George Washington University is using campus influencers  to market for them. Using students, alums, campus leaders is not unique, though much of what you see online is probably accidental rather than intentional marketing. These participants received a package of GW "swag" and were asked to post about GW at least three times a month using the hashtag #GWAmbassador and attend at least two events at GW (tickets provided) each semester if they live in the D.C. area.

The article was vague on details but said that "officials" would provide these ambassadors with “expectations” about how to promote the given material. I hope those expectations are carefully worded and thorough in their coverage since you have designated these people as ad-hoc members of the marketing team. Are they disclosing that they were given the ticket to the event they are posting about?  If they wear their GW hat and sweatshirt at a gun control rally and post a photo without the official hashtag are they still representing the university at some level? The campaign sounds okay, and the few examples I saw in Twitter seemed innocent enough. Are they ready to respond to a crisis emerging from it?

Tonight I got a gorgeous box of @GWtweets goodies and the invitation to be a #GWAmbassador and y’all know I teared up. I MUST MEET the person behind this influencer campaign and become BFFs ASAP #RaiseHigh pic.twitter.com/eUuFWI2Fph