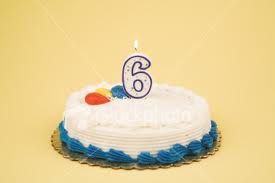 Serendipity35 turns 6 (yikes!) today - or maybe later this week, but I think I first configured the server for it on Feb 1, 2006. For a blog, that's like being 90 - measured in cyber-dog years.  Many thanks to Ken for his tireless efforts.

Long(ish) weekends are generally a good time to do a little Virtual preventative maintenance. If some of the articles appear to be in hiding, or if the rss feeds seem to be out-to-lunch for brief periods over the holiday weekend, you can still enjoy this classic song from Warner Brothers by way of Jimmie Lunceford.

Politics and education technology mix, in discussion, about as well as baking soda and vinegar but given the groundswell of faction of dubiously enlightened hot air in America, maybe its time to poke the CO2 volcano.

In New Jersey, where I work and live, the current state budget has been frozen  --even public school districts are not receiving the aid they had been promised (and had budgeted against) for the balance of this school year, as reported by the local ABC TV affiliate on February 11, 2010:

"To pay for the reduction in school aid, nearly all of the state's 581 school districts will be forced to dip into their surpluses - money that would otherwise have reduced homeowners' property taxes - and more than 100 districts will lose all state aid for the remainder of the year."

Higher Education, the pond in which my paycheck dollars swim, will be frozen to the tune of $62 million, and there is enough partisan gnashing of teeth about that to chew a $2 steak.

Reasonable people who can step back from the brink of loud-mouthed saber-rattling  should be able to see what is going on.  People in charge of the purse strings will make decisions in their best political interests to pursue an economic objective and people who feel the purse strings tighten will do what is in their best interests to prevent the choking-off of their funds.  Each side will tender well-spun reasons that prove that their position is correct and the other side is in league with the devil.  When the fog lifts and the 2 sides have climbed out of their political Purgatory, each will have some slice of the other's flesh and the fundamental causal problem will be sent back to Limbo without a resolution.

One voice that has risen to reject the usual political approach is Dr. William Fabricius, professor of psychology at Arizona State University.  Dr. Fabricius, at www.independentpartynow.org, writes:

"there is an unprecedented level of distrust and disillusionment regarding the current system. At least two aspects of the system are at the root of this distrust: the inability to achieve practical solutions to important problems, and the excessive influence of moneyed special interests."

Dr. Fabricius goes on to write:

"We are committed to finding practical, evidence-based solutions that are in the best interests of the whole country. Our candidates will not take campaign contributions from special interests. The candidates we select will be able to depend on our support and our votes, and will not be threatened by their money. The days when “The banks own the Senate” (Senator Durbin, IL) will be over."

Rather than publish a platform from which to gather like-minded supporters, Dr. Fabricius calls for reasonable and independently thoughtful people to contribute to the building of a party platform and to approach the state and national political quagmire with fresh independent thought.

There have been third party movements in the United States ever since the two-party system was established.  There is already one (and only one) modern third-party that is on the ballot in each state for every national election: that party is so sparingly reported in the media that most people don't know it exists.  Do we need another political party to challenge our nefarious status quo ?

Yes.  And probably much more than that.