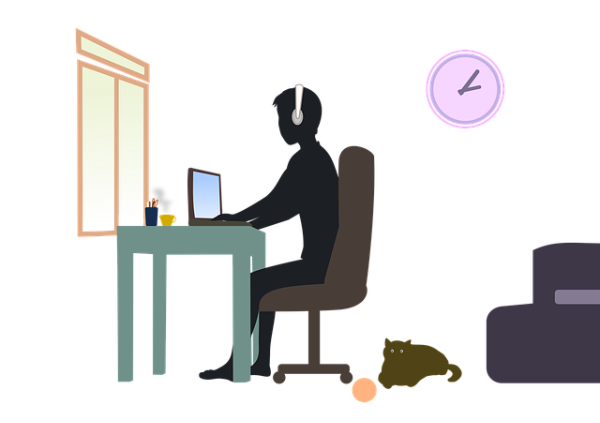 Traditionally, "work" was described as a full-time worker with set working hours, duties and benefits. But the definition of work has changed more rapidly in the past 20 years due to changing economic conditions and continued technological advances. A new labor force characterized by independent and contractual labor has emerged.

I was listening to a podcast about how California’s Prop. 22 could affect the gig economy nationwide from Marketplace Tech. Proposition 22 is a California initiative sponsored by Uber, Lyft, DoorDash and other gig work platforms that would exempt app-based ride-hailing companies and food delivery companies from a new state law that requires them to classify drivers as employees instead of independent contractors. Gig companies have poured nearly $200 million into getting a Yes vote on Prop 22. That is the most spent on a ballot initiative in state history, but a No vote will cost them all (and others) a lot more money.

I have mixed feelings about it. As someone who unretired into gig work, I have no desire to be an "employee." But I'm past the full-time worker phase of life and have health insurance, so I'm not like younger gig workers who might be using gig work for the bigger companies as their main gig.

Those companies have threatened to leave California or dramatically raise prices if Prop 22 doesn't pass. I'm not sure how seriously I would take that threat. California represents a lot of business. And yes, I know it will cost them more to operate there and they will probably need to pass at least some of that along to customers but a "dramatic" increase in their prices will also hurt business.

California often takes the initiative on issues - environmental and otherwise - and other states often follow California.

Temporary work or temporary employment isn't really new. What we call gigs might once have been termed "odd jobs" by my parents. Any employment situation where the working arrangement is limited to a certain period of time that is based on the needs of the hiring organization is similar temp work to some new gigs. Those workers (who we should not be called "employees" at this time) have been called "contractual", "seasonal", "interim", "casual staff", "outsourcing", or "freelancers."

At the higher end of those positions are some highly skilled professionals and seasoned workers in "white-collar" worker fields, such as human resources, research and development, engineering, and accounting. Those people (and I include myself) often refer to themselves as consultants.

Gig workers and the "gig economy" are a 21st-century development. Gig workers are also known sometimes as independent contractors, online platform workers, contract firm workers, on-call workers, or temporary workers. In most cases, gig workers enter into formal agreements with on-demand companies to provide services to the company's clients. It was the Internet and the digitalization of the economy and industry that allowed this type of work to emerge.

Digital technology has created jobs and employment forms that are differentiated from existing offline transactions. The economy is driven by accessibility, convenience and price competitiveness.

Presently, 36% of U.S. workers in the gig economy arrived there through either their primary or secondary jobs. In Europe, 9.7% of adults from 14 EU countries participated in the gig economy in 2017. , according to the survey. Meanwhile, it is estimated that gig worker's size, which covers independent or non-conventional workers, is 20% to 30% of the economically active population in the United States and Europe.

Will the Gig Economy someday be the dominant economy?

"Stay away from negative people. They have a problem for every solution."
Albert Einstein