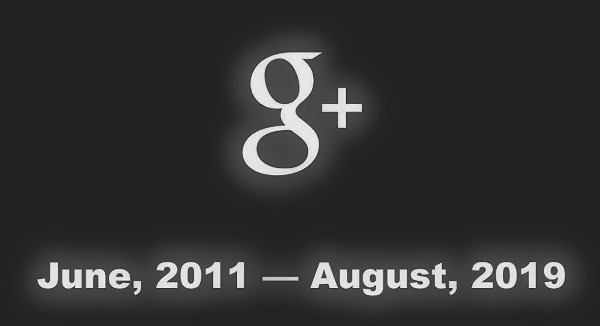 Eight years ago, I was posting here about Google+ (or Google Plus) which was an attempt by the search giant to compete with other social media sites (especially Facebook) for the social audience.

Now, they are deprecating Google+ (the tech term for turning off, closing, giving up on a service). Google has not succeeded at social.

My theory back in 20111 was that it might be because they weren't able to explain in a simple, clear way what their social services offered or how they were different from others like Facebook.

Do you even remember their earlier services Wave and Buzz and Orkut?

It is 2019 and the Google+ API deprecation which happens this month also affects Blogger’s Google+ integration for blogs like this one. The impact is not major but it does have effects when you kill off an integrated service.