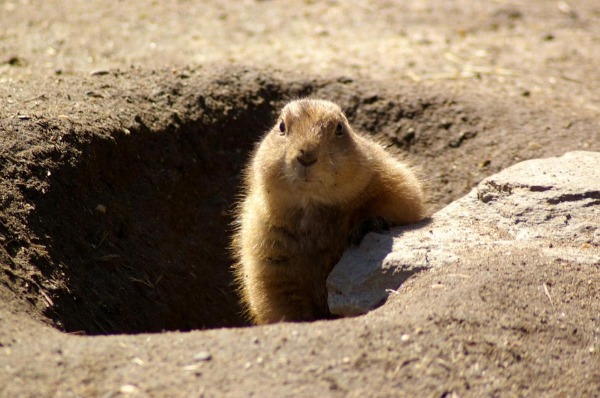 Today is the anniversary for Serendipity35 which begins its thirteenth year of in existence. It's easy to remember because it is also Groundhog Day here in the U.S.

This is a rather silly celebration that is based on the notion that if the groundhog sees its shadow as it comes out of its den today, we have six weeks of winter to go. If the day is cloudy and the groundhog sees no shadow, it is a sign of coming spring and so it stays above ground. Why a cloudy day would signal an early spring and a sunny day would mean more winter has never made any sense to me.

If there is any fact or even some science to this silly day, it would be in the past. The ancient peoples and our own Native Americans knew that the behavior of animals, insects, and plants could help predict the weather. They took that to mean that these things might also be indicators of the coming and going of seasons.

Consider it weather lore, but there are lots of ideas about how to predict the severity of winter based on natural indicators. If I want to make some leap to education here, I guess I would have to say that we do look to trends outside education (business, technology, media etc.) as ways to predict where education might be headed. I'm working on a piece for next week today about how corporate professional learning is pulling educators into top roles at companies like Amazon. Will that affect higher education?

My Groundhog Day tradition has become to watch the film, Groundhog Day, which I have seen many times (which is actually pretty meta if you know what the film is about). I believe that the film is a whole lot more than just a comedy, and I am not alone in that opinion. Connect the movie to education? Well, I have seen in my 40 years in education a lot of repeating of things with little changes in the hopes of making things better - a theme of the film. Most of the time it results in minor improvements, sometimes in worst results, but we keep trying new approaches. Sometimes we see sunshine or clouds and think it will indicate what is to come. It is a 50/50 possibility, so why not predict.

Submitted comments will be subject to moderation before being displayed.